Gifs in the Modern Era


Gifs in correlation to where it began has evolved to fit into the 21st ideals of technology. From the start in the 90's it was a mess of quick pix-elated images to create a fast motion object.  Not until MySpace did it become more of an interest in the visual arts and become more frequently used through messaging.  Although Gifs weren't as popular due to the lack of speed used to upload and the diversity of images created until better technology was made. Gifs are more prevalent in today's society based on that fact that humans in this era have become more visual. We want images to come in faster and be retained quicker.  Gifs to me usually mean a quick laugh, art created for amusement more then just a visual piece. As well as how gifs have been used to make fun of the current presidency which can be interpreted through every generation and easily moved because gifs are on a free platform of creation. Any one can make a gif and post it online without having any costs behind it. Gifs are easy to add onto any social media platform from Snapchat to Instagram, that's why I believe this generation loves gifs as much as they do because they are everywhere. Can be created into anything and taken into mentally quickly and efficiently.

Popular posts from this blog

February 10, 2019
Within the net art analysis i was able to discover more on the importance of technology in the art realm. Whether it allowed for easier access to images or for individual artists to come forth and make their own web pages with information describing the importance. That with every image and website a person engages in that it allows for growth of the individual on an intellectual stand point. Through each page i went to i was able to learn more on how the styles of each individual became more presents and the ability to communicate became easier through their images and what they wrote about the pieces. the art work and the individual become one as soon as it processes through the web and the availability it allows for readers to comment their own opinions. the net allows for multiple opinions on a singular piece of art work no matter the medium within a standard amount of time reaching across vast platforms. The net is intriguing in that manor because of the accessibility it has …
Read more 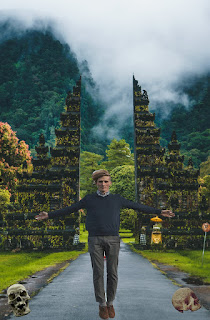